What Happens to a Condominium After 50 Years? 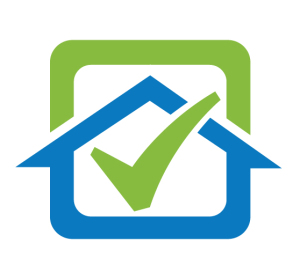 Many people may be asking this. After one has purchased a condominium, what will happen to it after 50 years when it has served its purpose and the area where it stands becomes, well, not so much of a real estate hotspot as it is now? After all, buildings and structures are exposed to the elements and they are especially vulnerable—especially when not maintained well—to damage and wear and tear.

The condominium’s location, a primary predictor of its value, is also an important factor to its lifespan. What may be a real estate hotspot now may be an area of urban decay in 50 years’ time. (Though there are exceptions to this, including Melbourne’s Docklands and London’s Canary Wharf.) And this is especially true in the Philippines where an area could rapidly suffer urban decay: downtown Manila’s central business district of Escolta—a bustling area up until the 1960s—is now a long-forgotten street of dilapidated buildings. Even the Makati central business district, just a little over 40 years old, is already showing signs of aging.

It’s not surprising then that many would-be Filipino homebuyers are hesitant to purchase condominiums. Among their usual concerns include the extent of one’s ownership into a specific condominium project, who owns the land where the building sits, and who decides if and when the building has to be demolished.

Here we will address these concerns, which will eventually lead us to the issue of a condominium’s lifespan.

Although the Condominium Act of 1966 does not specifically stipulate this, it has become necessary today as many developers are targeting foreign buyers. Foreigners as we now are not allowed to own land in the Philippines, but they can buy into a corporation that owns one, so long as foreign ownership in a condo project does not exceed 40 percent. Hence, the land on which the condo sits is owned by the condominium corporation whose members are the individual unit owners (or shareholders). And this brings us to next point.

2. What Is the Extent of Ownership in a Condo Project?

Since homeowners possess only the specific dwelling (or dwellings) they purchased in a condominium project, they do not hold the title for the land where the building stands, neither do they hold exclusive ownership to the condominium’s common areas. Instead, individual unit owners are shareholders of the condominium corporation.

One unit is equal to one share (that is proportionate to the size and price of your unit) in the corporation, which is then equal to a proportionate vote. Say you buy one unit into a 100-unit condo project and all units are of equal size and value, there are 99 other shareholders into the condominium corporation all of whom more or less have the same stake and voting power as you do.

3. Do Shareholders Have to Decide in Unison?

Like a normal, profit-oriented corporation, there are certain issues within a condominium that can only be decided through votes by the shareholders. These issues may include the mundane, such as having the swimming pool retiled or the common areas repainted, to the (literally) groundbreaking, such as if and when the building has to be demolished. Which again brings us to final crucial question.

4. What Is the Lifespan of a Condo Building?

Although the law does not explicitly say that a condominium has a lifespan of only 50 years, it definitely implies so. Consider Section 8c:

That project has been in existence in excess of 50 years; that it is obsolete and uneconomical, and that condominium owners holding in aggregate more than 50 percent interest in the common areas are opposed to repair or restoration or remodeling or modernizing of the project.”

And if the time comes, shareholders to the condominium corporation can vote to have the building demolished, and they have two options. Either they sell the land, make some money from the salvageable scrap from the demolished building, deduct the cost of demolition, and divide the proceeds among the owners; or strike a deal with the original developer or another developer to build a new condominium on their land.

5. So Do All These Mean That You Shouldn’t Buy a Condominium?

Absolutely not. When a person buys a property, he also considers the lifestyle he leads and the problems the purchase solves. Ownership in the case of a condominium may be limited compared to a landed property, but it definitely makes up for in terms of convenience, such as being close to places of work and commercial areas, an in-city lifestyle, and the convenience of not having to do long commutes every day. As a shareholder, you (and your heirs) also get to profit from the sale of the land should the condominium corporation decides to do so.

How to Actually Afford a Home in Time of COVID

Plan Buying a Home With These Goal-Moving Tips