Top 10 Then and Now Photos of Metro Manila Landmarks 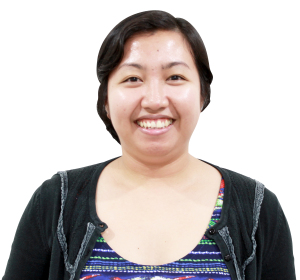 A city is easily recognized by its landmarks. When one thinks of New York, the Empire State Building comes to mind. Paris is identified by its grand Eiffel Tower. But when one thinks of Metro Manila, the Philippine capital is not linked to only one building or monument. Manila is recognized by its culture, and this fact is evident in various historical landmarks that coexist with modern development like business parks, roads, malls, skyscrapers and towering condos.

We have compiled old and new photos of some of Manila’s most recognized landmarks below and put them together in a side-by-side comparison below, so you can see just how much they have changed.

According to Luneta Park’s official website, the park is a historical site dedicated to the country’s national hero Jose Rizal. Lonely Planet described the site as an open expanse of lawns, paved walks, gardens, and wooded areas peppered with monuments of some of the country’s historical heroes. A monument of Rizal stands right smack in the middle of the park, and a dedicated guard is stationed near the monument.

Known officially as the Minor Basilica of San Lorenzo Ruiz, Binondo Church is among the oldest churches in the country. The church is a reflection of what Spanish architecture looked like during the 1600s, thanks to its Dominican priest founders. According to an online article published in Philippine Star, the the only original infrastructure remaining is the octagonal bell, as the majority of the church was destroyed during World War II.

The 333-year reign of the Spanish in the country is evident in the number of old churches the Philippines have, especially in Metro Manila. Among them is the grand Manila Cathedral. The cathedral was recently reopened in April after almost two years of massive reconstruction to ensure building safety.

Travel blogger Estan Cabigas of Langyaw.com said in his piece that Calle de Escolta was first known as one of Metro Manila’s first business districts. Immigrants from mainland China then flocked the street to peddle their wares ranging from Asian and European. It was also considered to be the birthplace of some business innovations in the country, like the first elevator installed in a building and the first ice cream parlor

There have been many efforts to revive what WhenInManila.com calls the Queen of Manila Streets. In July, a social media event dubbed #selfiEscota was held where attendees were invited to go on free walking tours into old Manila and encouraged to take selfies at assigned photo spots.

This monument is situated at the corner of Burgos Drive and Dewey Boulevard. Except for the missing portions of the iron grills surrounding the monument from looters as observed by Old Manila Nostalgia, the monument created by sculptor Agustin Querol during the later years of Spanish rule remains literally unscathed from time or infrastructure development.

The Jones Bridge is perhaps one of the last few reminders of Manila as the Venice of the Orient. As recalled in Lougopal’s blog post, Jones Bridge was not the original bridge constructed over the Pasig River connecting Manila to Binondo. The Puente de España, or Bridge of Spain to English-speaking nationals, was an architectural wonder. According to some, the Bridge of Spain was patterned to the beautiful bridges in Paris. When the bridge was reconstructed, it no longer retained the bridge archways reminiscent of those found in the Grand Canal. It is also now painted in white and beige.

When the Meralco Tram was in operation, Plaza Goiti was known as the waiting station of the public train. The plaza is located at the back of another old church, the Sta. Cruz Church. The plaza has since been renamed Plaza Lacson after the first elected Manila mayor Arsenio Lacson. The Meralco Tram has since been decommissioned after World War II, and that the plaza was reconstructed according to Manila’s tribute to Lacson. Nowadays, the plaza is now dwarfed with modern business buildings.

Quezon Bridge was known initially by its Spanish name, Puente de Colgante. It has been widely believed that the architect who designed the bridge is the same person who designed the famous Eiffel Tower in Paris, Alexandre Gustave Eiffel. The suspension bridge was built in 1852 and designed by engineer Matias Mechacatorre before Eiffel purportedly converted it into a steel bridge, and only horse-drawn carriages and pedestrians could use it to cross the Pasig River for a fee. However, pundits like Alejandro Roces of the Philippine Star pointed out that Eiffel has no connection with the Quezon Bridge, as the French designer was born two decades earlier. The bridge remains in its original Art Deco style reminiscent of Sydney Harbor Bridge.

The original Manila Central Post Office is a reflection of Western influence in the country during and after the American occupation. Situated on the banks of Pasig River, Arquitectura Manila described the structure as a neo-classical building. The Post Office is considered a historical landmark because of the fact that it is among the few landmarks that bore witness to both the old and the new Manila. The building itself has won international praises thanks to its grand design. However, the Battle of Manila had left the post office in ruins. The government tried to reconstruct the war-torn building to its original glory.

Want to live in the historical neighborhood of Manila? Explore homes for sale here.

The 20 most exotic and luxurious condominium amenities in the Philippines